The Celebration of an Icon

Elegance, craftsmanship, intelligence and vision collide to mark the 130th anniversary of the iconic brand Parker. What begun in 1888 as George S. Parker's simple mantra of striving to make a better and more inspirational pen, is today celebrated with the limited edition release of 1,300 unique Duofold pen masterpieces. Each pen pays tribute to Parker's relentless curiosity of the world and his commitment to the craft of writing.

George Parker's passions and inspirations were forged in the far-flung corners of the world in which he travelled. From Tahiti to Tonga, The New Caledonian Islands to China, George Parker had a unique appreciation for documenting new cultures, for experiencing the exquisite beauty of the world and for recounting and re-telling such precious unknown pleasures.

It's these values that are imbued within the 130th anniversary limited edition Duofold fountain pen.

The Craft of Travelling

George S. Parker travelled the world, navigated arduous waves and weathered the mightiest of storms to fuel his passion for voyage. Inspired by the legendary British explorer, Captain James Cook, George wrote two journals of his own adventures: "Unfrequented Ocean Paths" and "The Mysterious Yangtze".

The thrill of travel inspired Parker's creativity and informed the visionary pens that he went on to create and that we buy today. 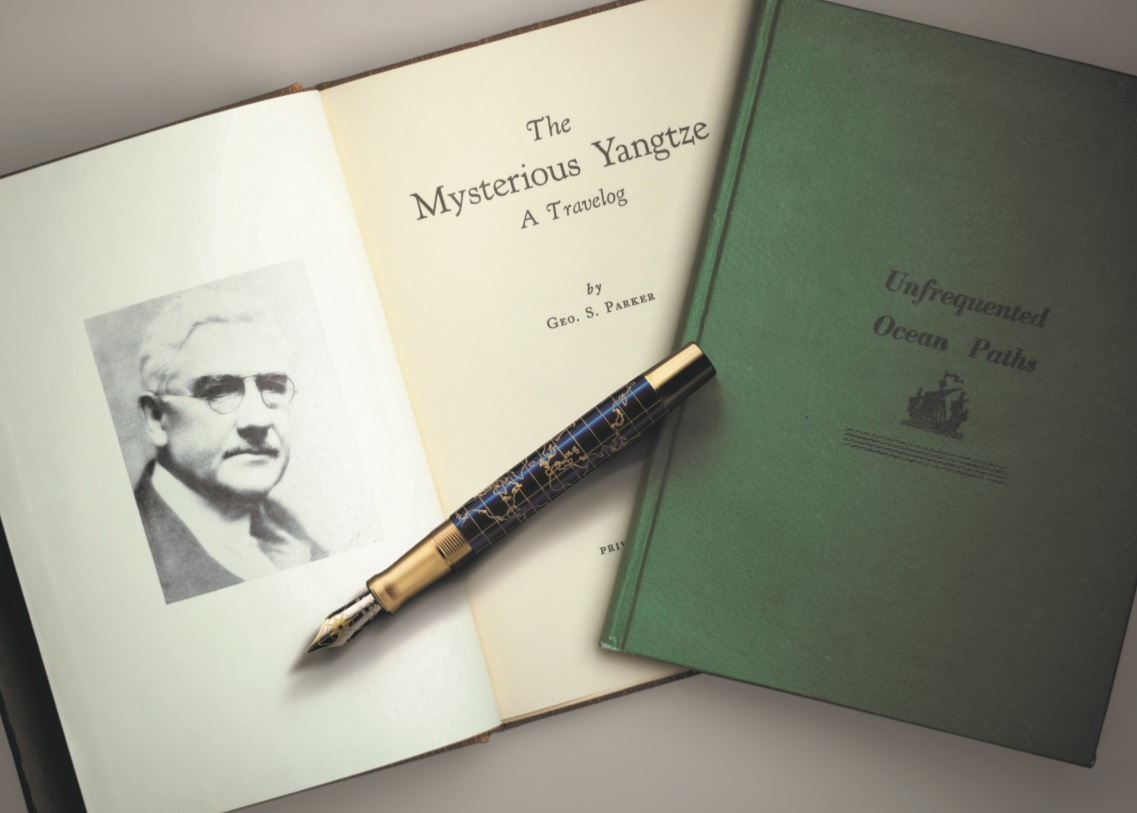 The Splendour of a Limited Edition

Exceptional craftsmanship elegantly executed, each of the 22 hand-assembled components that make up the Parker Duofold pen have been supremely orchestrated to make it nothing less than extraordinary. Decoratively designed from body to nib, it has been inspired by an ornate world map and Parker's love of global travel. The intricate gold pattern that adorns the pen's body represents his exploration of Asia, Latin America and Europe.

The rich blue tones of the precious 2ct lapis lazuli stone embedded into the cap embody the deep blue ocean waves Parker navigated on his many quests over foreign seas.

Even the stunning, solid 18ct gold nib features a striking etched compass - a nautical reference to Parker's many seafaring journeys.

Each of the pens is numbered and artfully crafted by experienced specialists. Great care is taken at every stage and each one is meticulously inspected by hand.

Ever since 1888 when Parker decided to dedicate his life to perfect the craft and technology of his fine writing instruments, the Parker pen company has been at the forefront of innovation, technology and design. His mantra; "it will always be possible to make a better pen", has driven the company forward with each new design, constantly striving to reinvent that is now as much part of a Parker pen as the iconic arrow.

That is why Parker has been awarded with Royal Warrants: a highly prized recognition for continued dedication to the "highest standards of service, quality and excellence". Granted in 1962 by Her Majesty the Queen and again in 1990 by His Royal Highness The Prince of Wales, from its humble beginnings, the Parker pen has finally arrived in the grandest setting imaginable.

To celebrate 130 years of visionary design and craftsmanship, Parker has created this stunning and prestigious Duofold limited edition fountain pen. Every aspect of the pen has been inspired by George Parker's thirst for adventure and commitment to excellence. It encapsulates the exceptional craftsmanship and extraordinary eye for detail that every Parker pen represents.

By sticking to its founding principles, Parker has remained an authentic brand; proud of its history, but always having a forward-thinking vision. 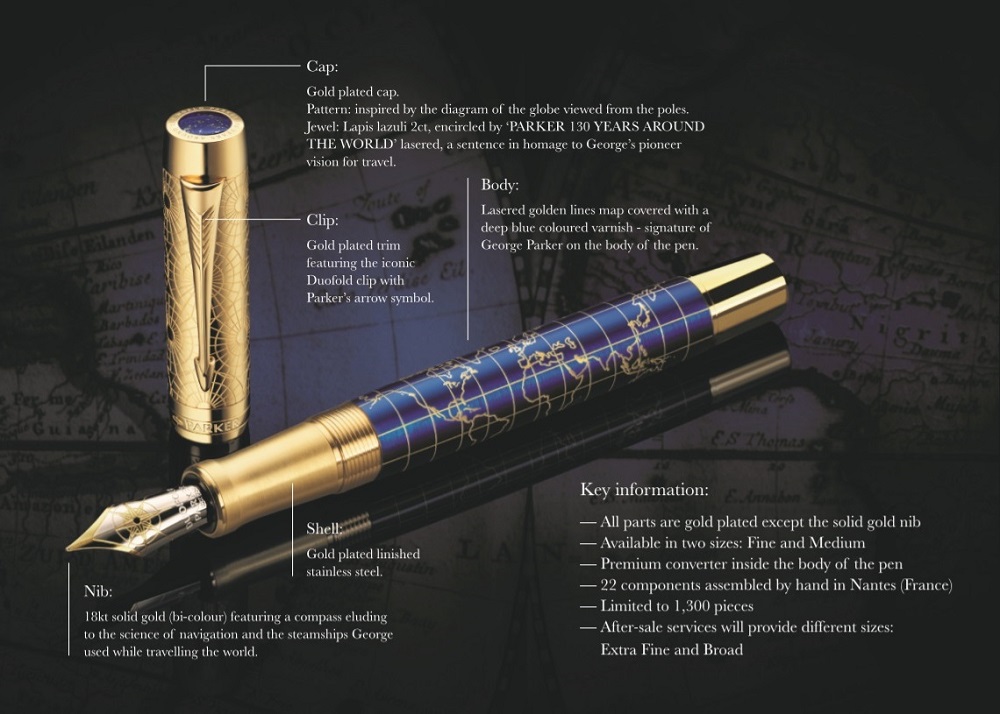 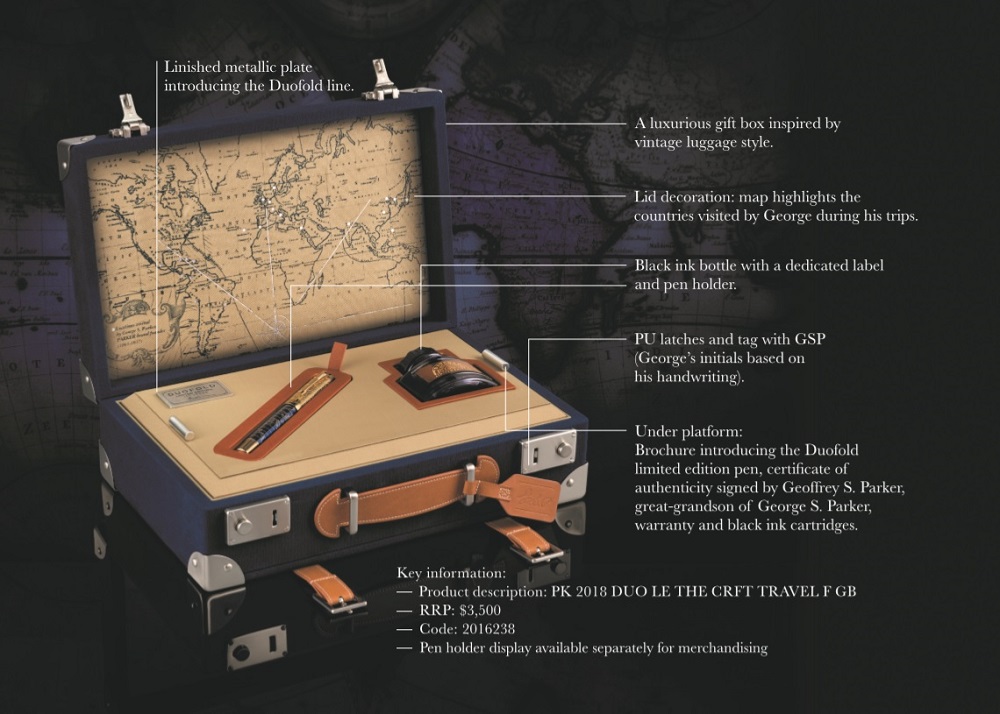 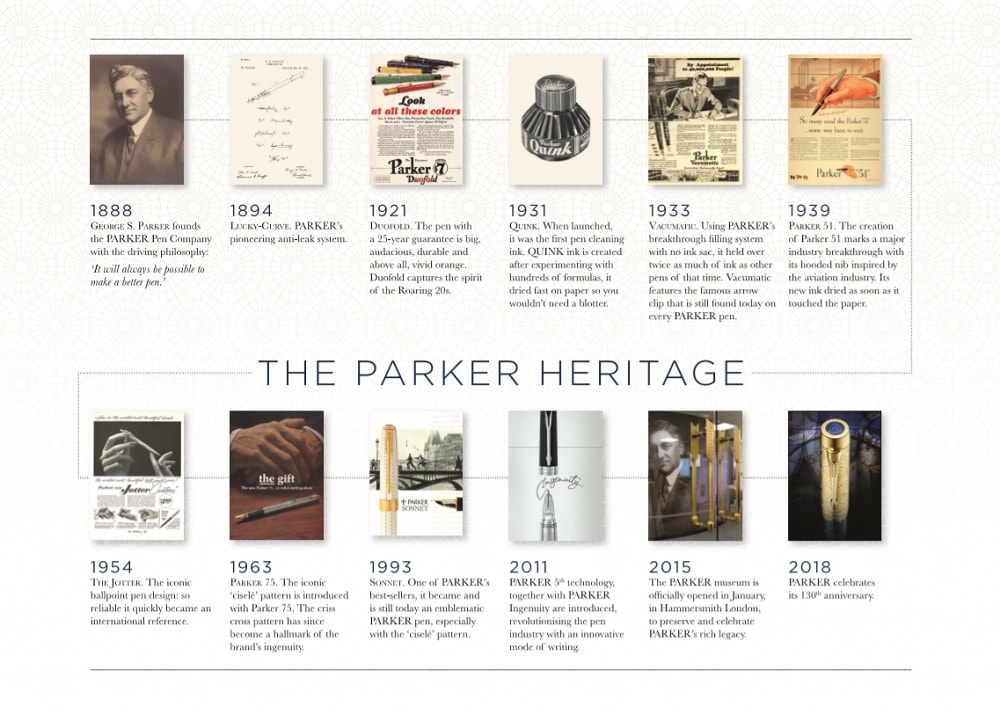