The moment the shutters rolled open a few days ahead of schedule of the new Harvey Centre store in Harlow, the first customer Mark Rapley arrived, keen on selecting an engagement ring. He had spotted the perfect ring within the new store’s extensive diamond-filled windows and just knew it was the one. That same afternoon he proposed, and Alyson Meek accepted – and so Mark and Alyson helped celebrate the official opening of our 119th store, with Councillor Edna Stevens as the official ribbon cutter.

“We were delighted to have such a romantic story to celebrate our new store”, said Andrew Hinds, Director, the current Deputy-Chairman of the National Association of Jewellers, hence the medallion of office, and the sixth generation of the company. “I believe this is the first time that our very first customer wanted to make such a significant purchase to mark one of the happiest moments in their lives and we were delighted to have arrived in Harlow in the nick of time to help!”

The happy couple were assisted by Manager Charlie Parker’s expert knowledge of diamonds and gem stones as he was previously the manager of F.Hinds’ Bishop’s Stortford branch. He now has the support of six locally recruited new staff. Two of these, Hannah Fleming and Courtney Rowlett held the red ribbon, with Michelle Baker, Katherine Field, Carol Hyde and Maxine Mighty making up the rest of the team.

Harvey Centre Manager Bryan Young was also part of the celebrations, “It is a pleasure to welcome F.Hinds to the Harvey Centre. The store is extensive and is beautifully stylish. It has an incredible diamond range as well as iconic jewellery, watch and gift brands across five sparkling windows”.

Established in 1856, some of the fascinating 160-year old heritage that’s been celebrated this year is depicted on several walls in the shop, plus there’s a large plasma screen featuring key watch brands. Harlow is the 119th store and it is one of the largest branches opened in the last 25 years. It is with regret one store in Barnstaple closed this year, leaving the company with an impressive 118 locations.

The new Harlow store is beautifully appointed with five extensive display windows lit by environmentally friendly LED lights that are specially designed to show diamond and gemstone jewellery at its best, plus two modular seating areas for visitors to relax and spend their time selecting that special ring or the jewellery piece of their dreams. The 1,900 square foot store includes an onsite watch battery replacement centre and the company also has in-house jewellery and watch workshops. 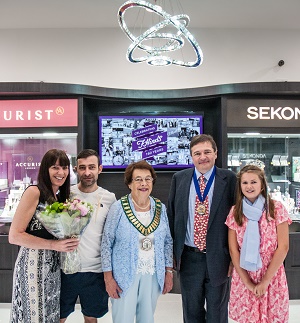 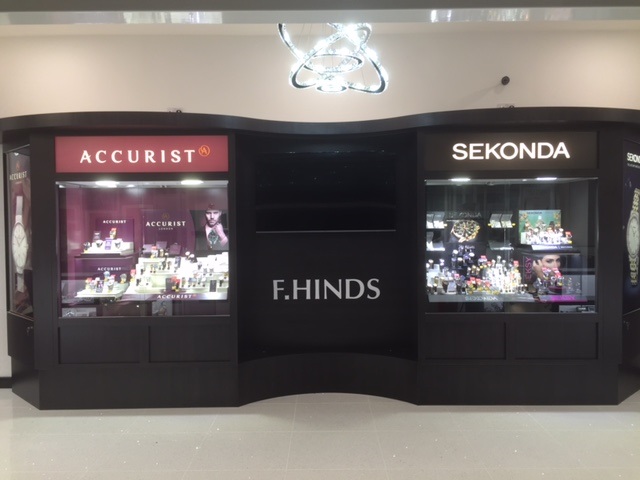