If you’re reading this right now, we can almost guarantee that you’re a jewellery lover. And, if we’re correct, you’ve probably seen at least 1 of these movies! Since we’re in lockdown we’re unable to go out and show off our beautiful jewellery. There’s nothing stopping us from wearing our precious jewels at home of course, but we can all experience some glitz and glamour through our favourite films too.

Breakfast at Tiffany’s is such an iconic film. Released in 1961, this film contains a classy string of pearls worn by the beautiful Audrey Hepburn. As well as providing a whole load of jewellery glitz and glamour, this film gives us a taste of the world of New York City in the 60s. Let’s not forget the lovely song Moon River too, which was originally performed in this film by Audrey! 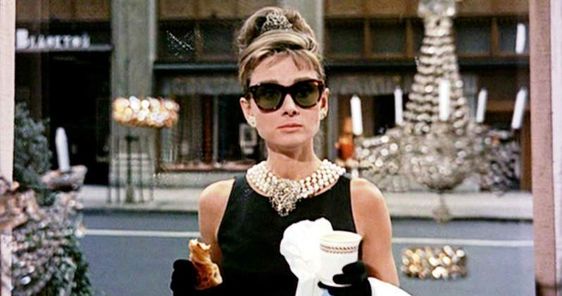 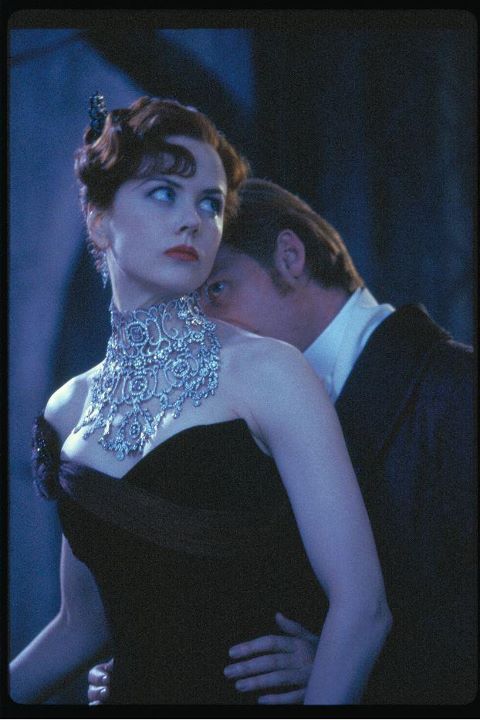 It’s impossible to forget a film with so much sparkle. Directed by Baz Luhrmann, this fantastic movie was released in 2001. Starring actors Nicole Kidman and Ewan McGregor, one of the opening scenes features Nicole Kidman’s character Satine singing a remix of “Diamonds Are A Girl’s Best Friend” at the Moulin Rouge. There’s so much elegance in this film, but the extravagant necklace worn by Nicole Kidman’s character is like no other. Nicknamed the “Sparkling Diamond,” the designer spent weeks working on the necklace to really capture the essence of the 1800s (when the movie was set). 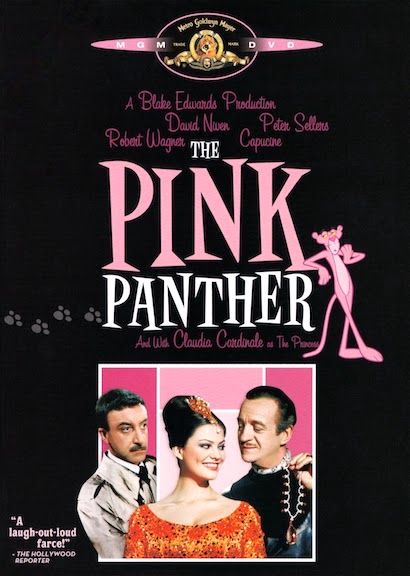 Inspired by the well-loved comic series, the first Pink Panther film was released in 1963. The film revolves around the breath-taking pink gem, the largest diamond in the world, named the “Pink Panther.” The well-loved protagonist Inspector Jacques Clouseau is tasked with solving the mystery of the stolen diamond but ends up in a tricky predicament.

Another Baz Luhrmann film enters the list with the 2013 film The Great Gatsby! Starring Leonardo DiCaprio as the mysterious Mr. Gatsby and Carey Mulligan as the lovely Daisy, this film is a dream for lovers of the 1920s art-deco style. With a very distinct style, the jewellery that Daisy wears is amazing. Tiffany & Co. were the chosen team to work with the film’s production designer to create a range of spectacular jewels. Most notably, the diamond and pearl ‘Savoy’ headband that Daisy wears to Mr. Gatsby’s party. It’s worth watching the film just for the jewellery! The soundtrack is fantastic too. 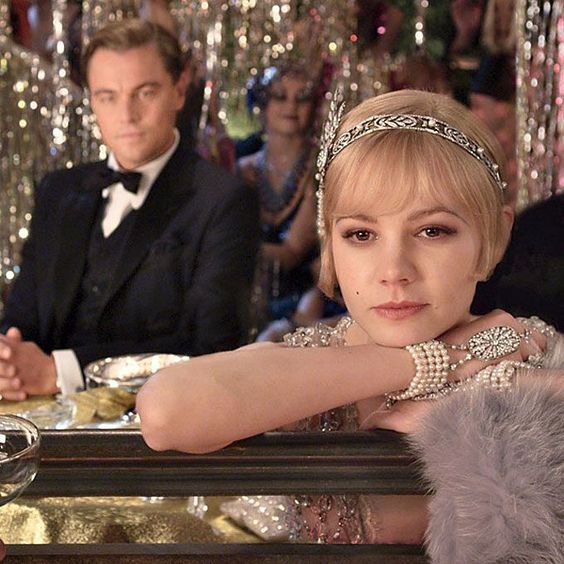 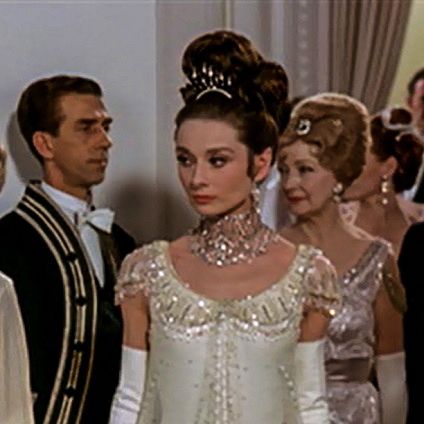 We’ve already counted Breakfast At Tiffany’s, but we can’t leave out this other Audrey Hepburn classic – My Fair Lady (1956). Based on George Bernard Shaw’s 1913 play Pygmalion, My Fair Lady features some dazzling jewels just as impressive as the one’s in Breakfast At Tiffany’s. Audrey Hepburn’s character Eliza Doolittle wears a jaw dropping collier paired with hair jewels to the embassy ball. These were the work of Joseff of Hollywood, the costume jeweller who embellished hundreds of jewels for American films between the 1930s and 1950s. 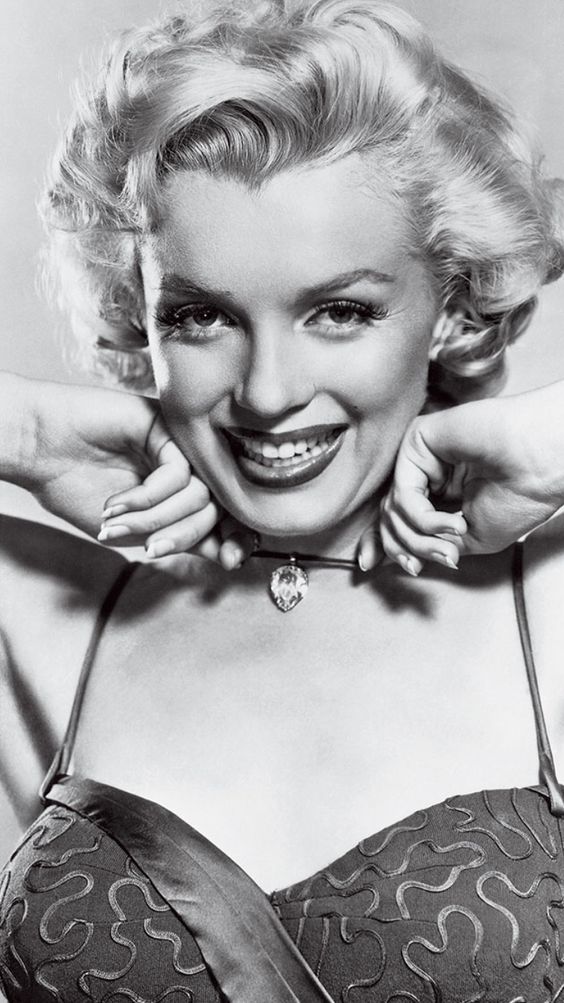 Home of the iconic song “Diamonds Are A Girls Best Friend,” this 1953 film stars Marylin Monroe as Lorelei Lee. With her very jewellery-relevant song and so much sparkle, this film is the ultimate diamond-lover’s dream. The lucky actress got to wear an ancient gemstone in the publicity shots for the films too – the “Moon of Baroda,” which is a 24-carat canary coloured diamond that is said to have been owned by Marie Antoinette’s mother. The same diamond was also sold at auction in 2018 for £1.05 million! 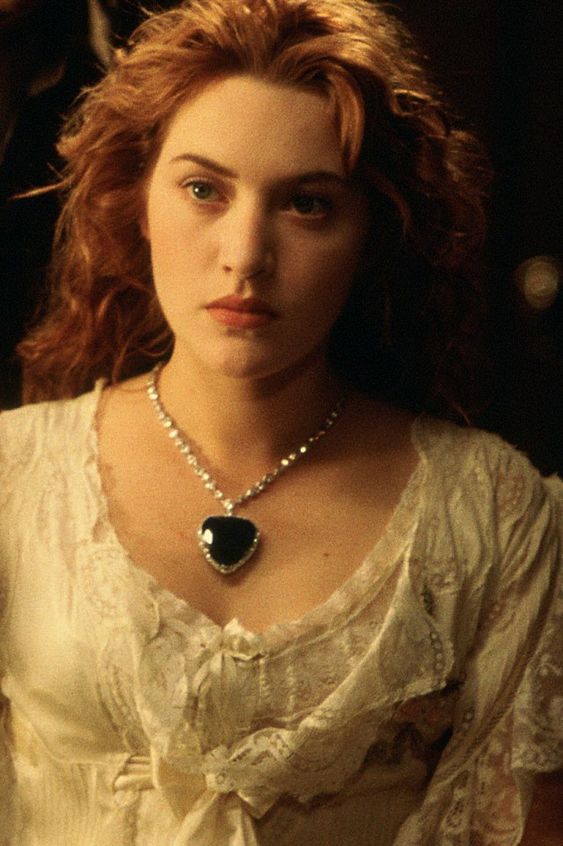 James Cameron’s masterpiece Titanic crosses a tragedy with a love story. In the film, a blue diamond necklace is given to Kate Winslet’s character as an engagement gift. This necklace is known as the ‘Heart Of The Ocean’ and is absolutely unforgettable. The jewel in the film was actually made of CZ stones, but the creators, Asprey & Gerrard made a version composted of a single 170- carat sapphire and sixty-five diamonds—totalling 30 carats. This necklace was later worn by Celine Dion for her performance of ‘My Heart Will Go On,” the films promotional song.

Beauty And The Beast 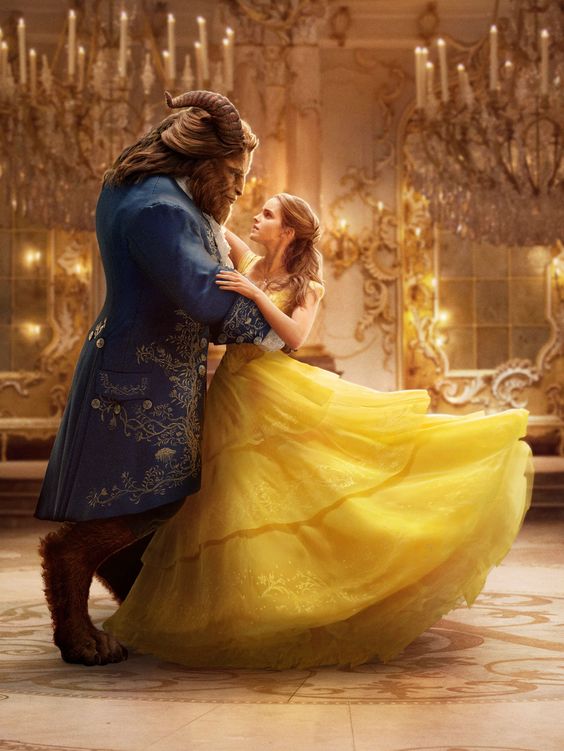 Finally, we couldn’t end without mentioning Belle’s gorgeous yellow ballgown in the Beauty and the Beast. Played by Emma Watson in the 2017 live action remake, Belle’s yellow gown at the end of the film contains 2,160 Swarovski crystals! The brand collaborated with Disney’s costume designer Jacqueline Durran and helped to add the sparkly finishing touches to her gown.