Three Lord Mayors, 40 feet of red ribbon, one set of ceremonial scissors and a round trip of 500 miles were involved in officially opening three new F.Hinds stores in Stockport, Walsall and Bristol on just one day, Sunday 1st February 2015.

First there was Stockport, F.Hinds’ 113th store, located in the Merseyway Shopping Centre, where Lord Mayor Kevin Hogg and Lady Mayoress Kathleen Hogg ceremonially cut the ribbon to the 1,300 square foot store. Five members of staff helped with the proceedings - Manager David du Plessis is a newcomer to the company but has been a jeweller for many years; Under-Manager Carl Evans has moved from the company’s Hertford branch and everyone else is new and locally based. The store is the company’s third in the Manchester area with the others located at the Trafford Centre and Bury.

F.Hinds’ 1,300 square feet store in the Galleries Shopping Centre, Bristol was the third official opening on the day. Here Lord Mayor Alistair Watson and Lady Mayoress Sarah Watson celebrated the return of F.Hinds to the centre of Bristol after a gap of more than fifty years, alongside relocated Manager Chris Gilligan and Tina Morton plus two new members of staff. F.Hinds’ first Bristol store (1927 – 1963) was located in Castle Street until it was compulsorily purchased for redevelopment into what is now Castle Park; it is estimated that this new store, F.Hinds’ 112th, is located no more than 500m away from the site of the original store.

All three stores feature long stretches of environmentally friendly lit, attractive windows displays featuring an extensive selection of jewellery, gifts and watches, plus a wide range of other jewellery and watch related services.

Andrew Hinds (6th generation of the family company and current Chairman of the National Association of Goldsmiths) hosted all three ribbon-cutting ceremonies. “We are delighted to be part of the exciting regeneration and modern updating of all three shopping centres. Today is very special – three stores in one day is certainly a major historical achievement and will be remembered as special in the company’s history for ever. 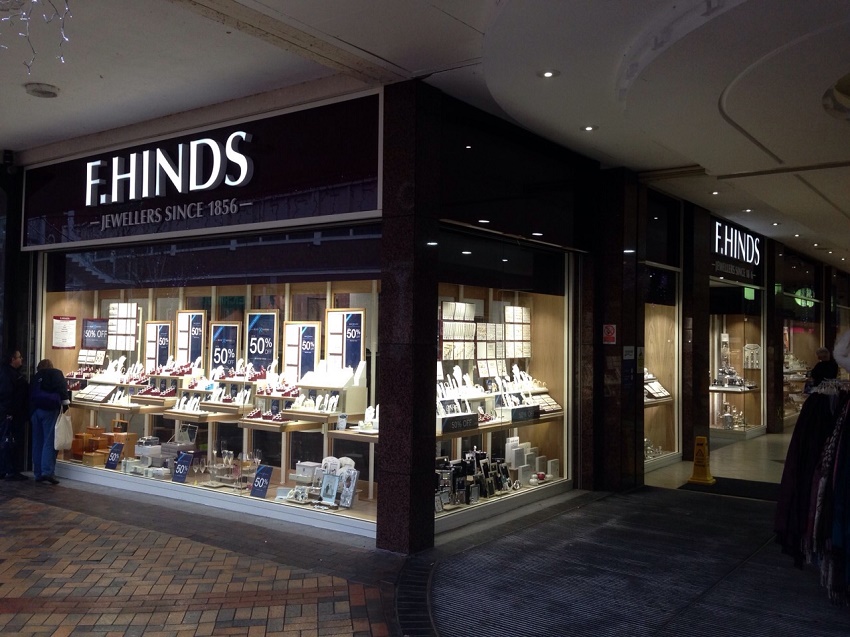 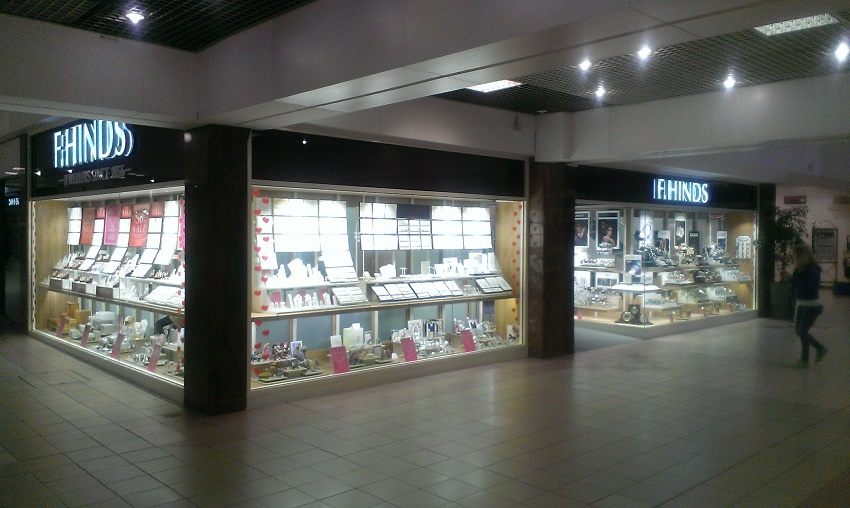 Bristol
Back to Article Listing