The workings of a watch are called the "movement". This includes traditional mechanical and automatic watches as well as modern quartz, kinetic and solar powered watches. Details of each type of movement and modern watch examples can be found below.

The quartz movement, as used in the vast majority of all watches and clocks made in the world today, was invented in 1927 by Warren Marrison, an engineer at Bell Laboratories in New Jersey. It relies on a phenomenon known as the piezo-electric effect. If certain types of crystal, including quartz, are squeezed or stretched, their atoms respond by producing an electric field. In timepieces with quartz movements, the mirror image of this effect is used - an electric field is applied to the crystal (hence the need for a battery!) and this makes it change shape.

Marrison discovered that by applying an alternating voltage to such crystals, they could be made to vibrate at rates of anything from 33,000 to more that 4 million time per second, maintaining that rate with extraordinary precision. Using electronics and mechanical gearing, Marrison was able to create a quartz clock accurate to within one second in a decade - a 10-fold improvement on the best electrically-powered clocks then available. However, miniaturising all the necessary elements so that they could be fitted into a case that could be worn on the wrist took another 40 years; this is why it was not until Christmas Day, 1969, that the first quartz watches were marketed by the Japanese company, Seiko. 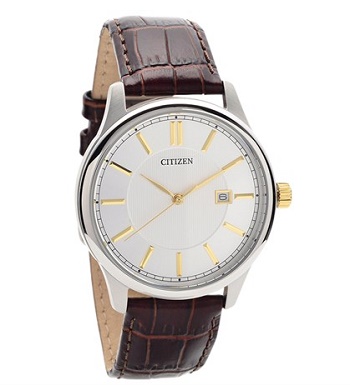 With a frequency of 32,768 Hz per second, a quartz movement is an electronic movement. It is called 'quartz' because a small quartz crystal is actually integrated into the electronics. Every timekeeping device needs something constant to measure time against and when you run a current through a quartz crystal, it oscillates at an almost perfect constant frequency. This explains the incredible accuracy of many quartz watches as the frequency is not affected by normal wear. A quartz watch will keep time to a few seconds per year if the watch has been serviced on a regular basis. A service maintains the mechanical section of the movement. F.Hinds offers a competitive watch service which you can read more about here.

With a frequency of just 5Hz per second, mechanical movements are either self-winding (usually known as 'automatic'), or wound manually by the wearer. An automatic movement cleverly winds itself up as the wrist moves (or if kept in a watch winder), but other mechanical hand-wound movements must be wound with the button and stem to keep it ticking.

Mechanical watches are affected by wear as the important balance wheel is constantly rotating back and forth which enables a lever to move. In turn, this lever powers the watch. The spring on the balance wheel is the 'art' of the time regulator and this is greatly affected by gravity, heat, magnetism, wrist movement, power source and many other factors. An automatic watch has a rotor that spins on the back of the movement. But in this case instead of generating a charge, it turns a gear which winds the mainspring to deliver its power source.

Essentially, without movement the watch will stop, however most mechanical and automatic watches will last for about 36 hours on one charge. Mechanical watches contain and rely upon many more moving parts and because of the mentioned influences, time keeping will never be as accurate than with a quartz watch. Mechanical and automatic watches are usually more expensive as the craftsmanship is far greater, even though time keeping is not improved.

Popular and modern alternatives to quartz and mechanical watches - solar and kinetic movements use viable energy sources to keep the watch ticking. Both types of movement require a rechargeable battery which is charged either by kinetic movement of the wrist (as per automatic movements) or by light. Solar movements contain a solar panel behind the dial; as natural or artificial light penetrates through, it is converted to electrical energy and used to power the watch. The 'charge' on these watches lasts considerably longer than hand wound watches - exactly how long depends on the model, however some solar watches retain energy if kept in a drawer for up to 6 months! 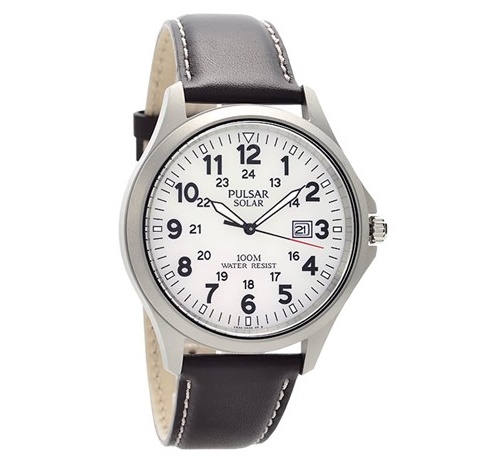 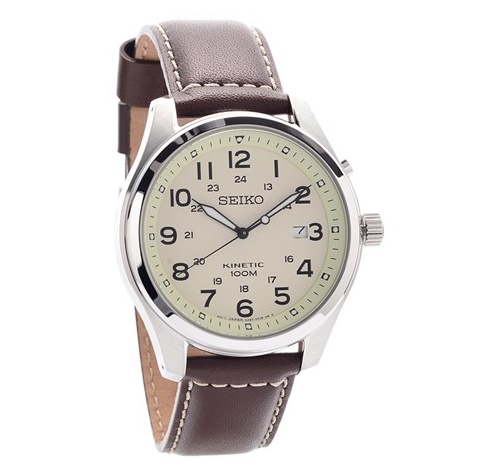 Eco-Drive is a new technology developed by Citizen which behaves very similar to solar movements. First introduced in 1976, this was the world's first light-powered movement which ran on natural, artificial and dim light without ever needing to replace the battery. The solar cell sits cleverly under the dial making it highly efficient at retaining power; the movement converts light into an energy source and can retain power for roughly six months on a full charge, even in total darkness. Some advanced Citizen Eco-Drive watches have features that allow the hands to stop thus retaining energy; when the watch returns to full charge by being exposed to light, the hands rotate quickly and automatically to catch up to the correct time. Other advanced Eco-Drive watches display a Light-Level Indicator around the dial which allows the wearer to easily gauge the power charge within the movement.